Concert in aid of the school of Beslan. After an unprecedented mobilization of the people in Thessaloniki, a big charity event is organized by the Choir for the children of Beslan in North Osetia, who had  suffered the cruelest terrorist attack in world history.
The concert is given by the composer  Notis Mavroudis  and his associates, while the money raised together with educational material and books and toys are sent to the school at Beslan in cooperation with the Russian Consulate of Thessaloniki. 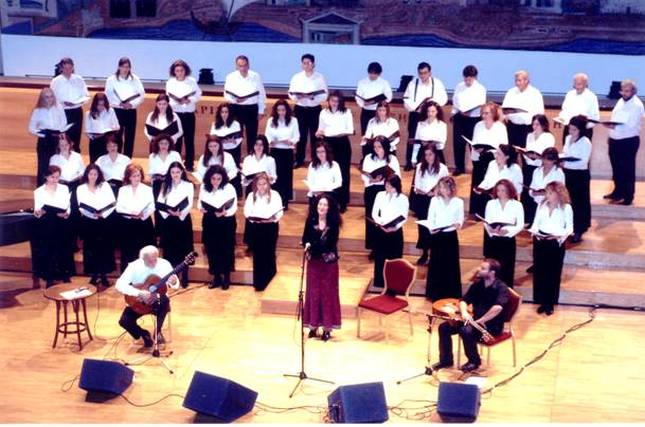 The composer Notis Mavroudis, Morfo Tsaireli, Panagiotis Margaris and "KORAIS" Choir
the night of the concert dedicated to the children of Beslan.