Thessaloniki is a city with a continuous 2300 year history, preserving relics of its Hellenistic, Roman, Byzantine and Ottoman past and of its formerly dominant Jewish population. Its Byzantine churches, in particular, are included in UNESCO's World Heritage list.
A tour in Thessaloniki will reveal you hidden aspects of it and it is bound that you will be charmed. Thessaloniki, the "Nymph of the Thermaikos Gulf" is amphitheatrically situated on the slopes of Mount Chortiatis. Founded by the Greek Macedonian King Kassander, he named the city Thessaloniki after his wife who was also the half sister of Alexander the Great. Throughout the Roman period, it was the capital of Macedonia Scounda and during the Middle Ages, it was the second city of the Byzantine Empire. For 400 years it was occupied by the Ottoman Empire, until it was finally freed in 1912.
Start your excursion viewing the White Tower, an historical landmark before continuing on to visit the Archeological Museum which houses interesting Greek and Macedonian finds from the Archaic, Classical and Roman periods, with the most important exhibit of all being “The Gold of Ancient Macedonia”. Next, make your way up to the once upon a time, Acropolis located in the upper part of the city. It is here, where you will have a superb panoramic view of the entire city with the Thermatic Gulf and Mount Olympus in the background.
Driving  along the street, Egnatia, named after the famous Roman road, Via Egnatia  view the  Gallerius' Arch and  Rotonda. Enjoy a short stop at the well-preserved Byzantine Basilica of St. Sophia, and 8th Century structure, rich in mosaics and frescoes. You can also visit the Museum of Byzantine Culture, the State Museum of Contemporary Art, the Museum of Ethnological and Popular Art, the Municipal Art Gallery and the Museum of Kemal Ataturk.Τhe city, however, will make very interesting gastronomic proposals. The taverns and restaurants in the city renowned for its excellent food served to the visitors. The Greeks consider Thessaloniki a gourmet city - but bear in mind that this refers to the excellent local specialities and cheap-and-cheerful ouzo taverns rather than to haute cuisine or a range of foreign restaurants. 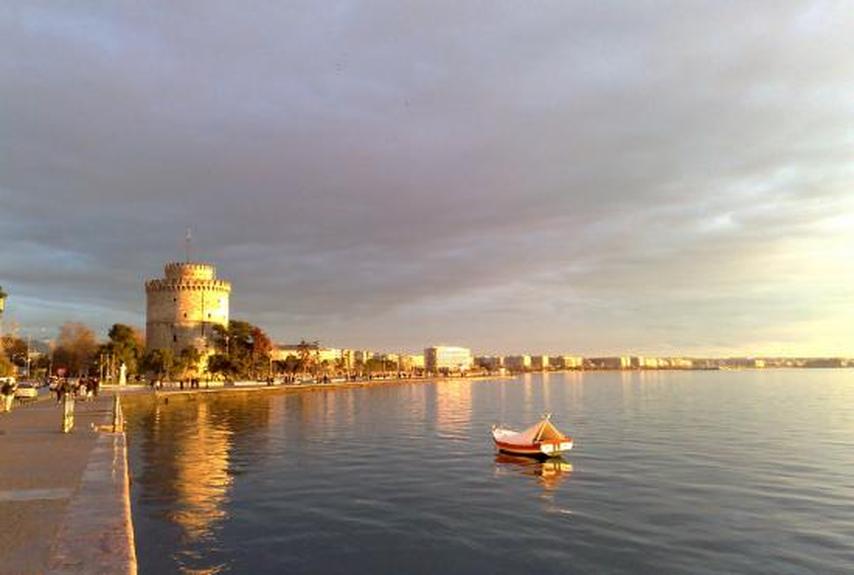 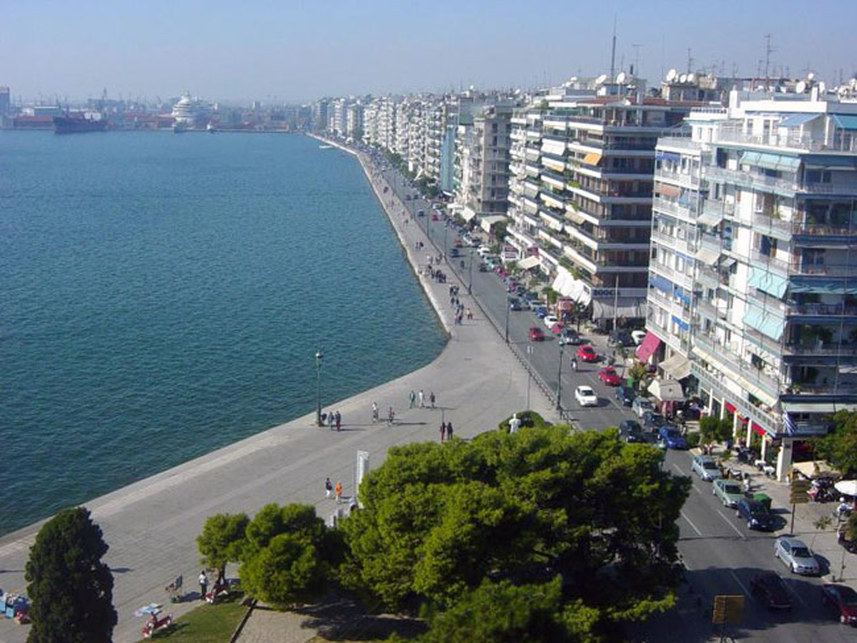 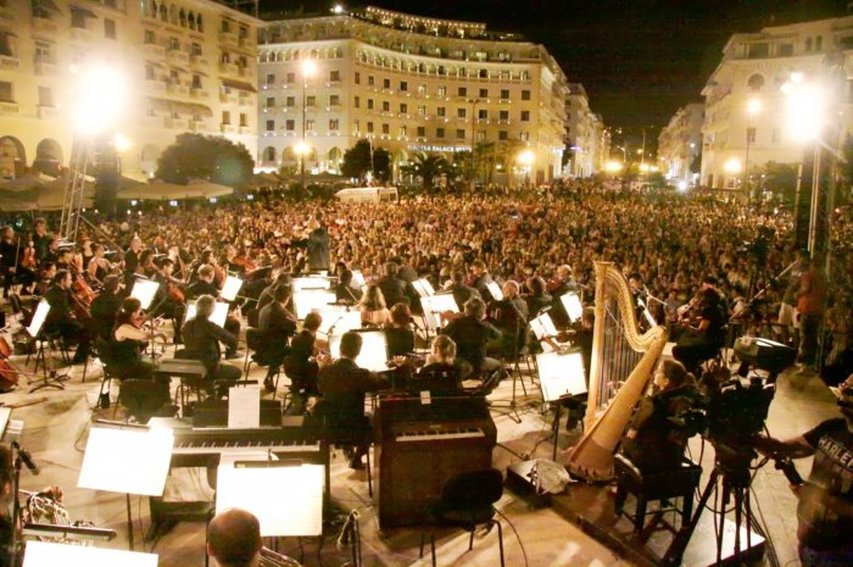 a platform to the south-east and bore relief figures of Maenads, Dionysos, Ganymede etc. - today in the Louvre Museum - known as 'idols' or 'Las Incantadas' (the bewitched ones).
The Ancient Odeion in the Roman Agora. 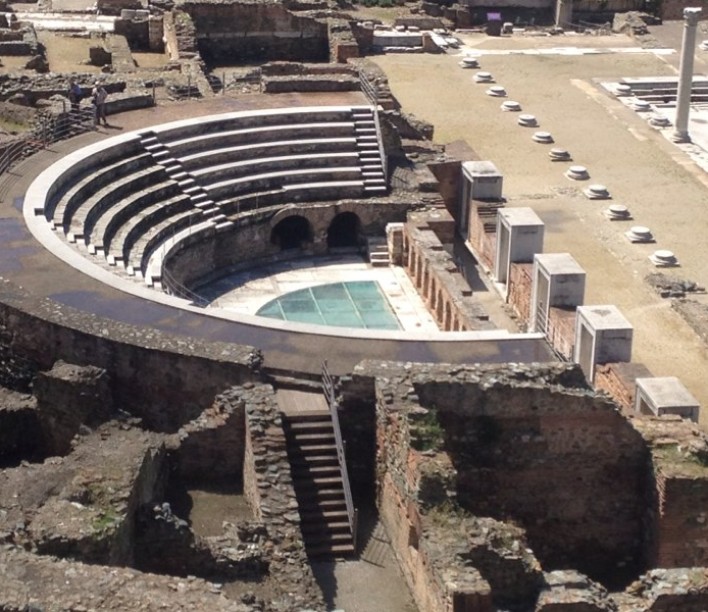 above the other, depicting Galerius’ triumphant welcome by the crowds outside the walls of Thessaloniki, battles between Romans and Persians or the Tetrarchs performing rituals. On the whole, the pictorial program was a celebrating tribute to the power and glory of the Tetrarchy and especially of Galerius.
Palaeologina Gate) and to the Eptapyrgion (Acropolis). Venetian indifference facilitated the capture of Thessaloniki by the Turks, who then paid great attention to the city's fortifications.

SIGHTSEEING  OUTSIDE  OF  THESSALONIKI

Pella, the Macedonian capital during the time of Alexander the Great. 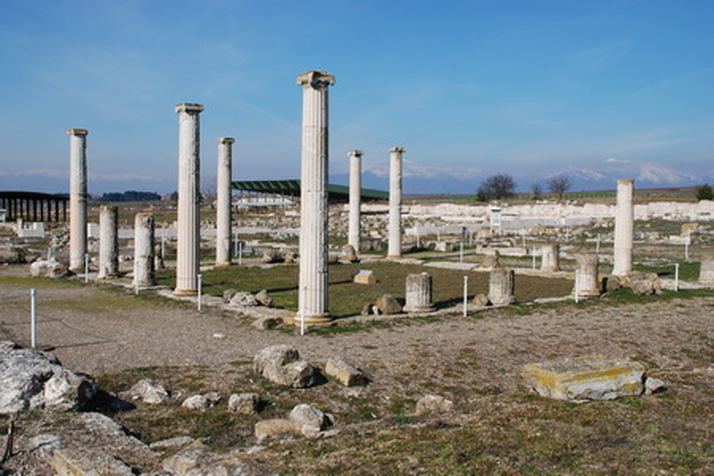 Amphipolis was one of the most important cities in ancient Macedonia. The findings date from the prehistoric,  the Archaic, the Classical, the Hellenistic, the Roman and also from  the Early Christian period. Amphipolis is 100 km from Thessaloniki.
The two fortification enceintes of the town, as well as the renowned Lion of Amfipolis, an imposing stone tomb dating back to the 4th century B.C., are worth a visit. 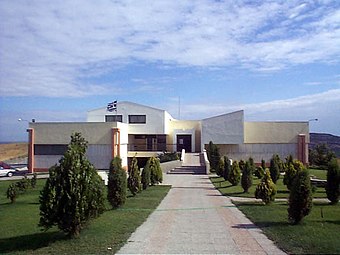 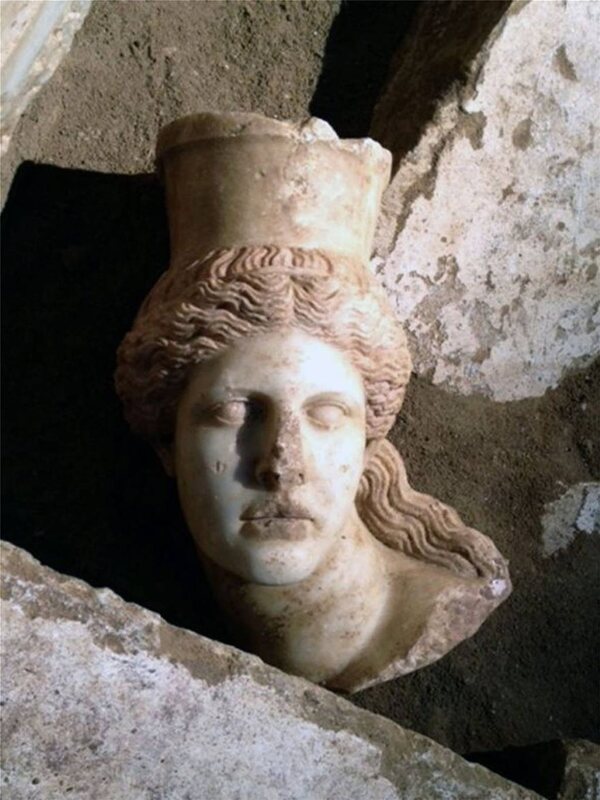 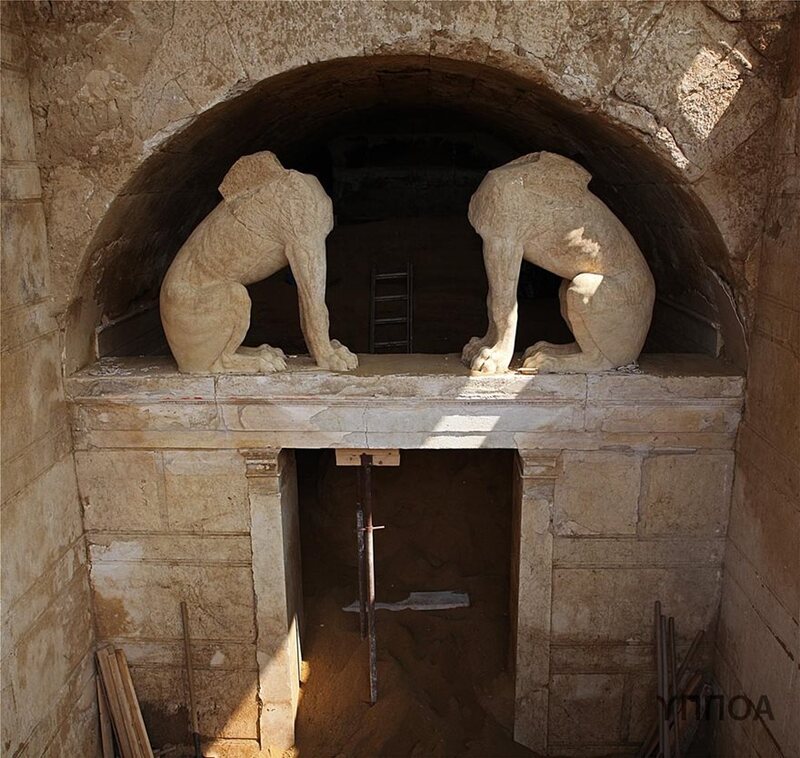 Mountain Olympus, the mountain of legends and the home of the twelve gods of antiquity. 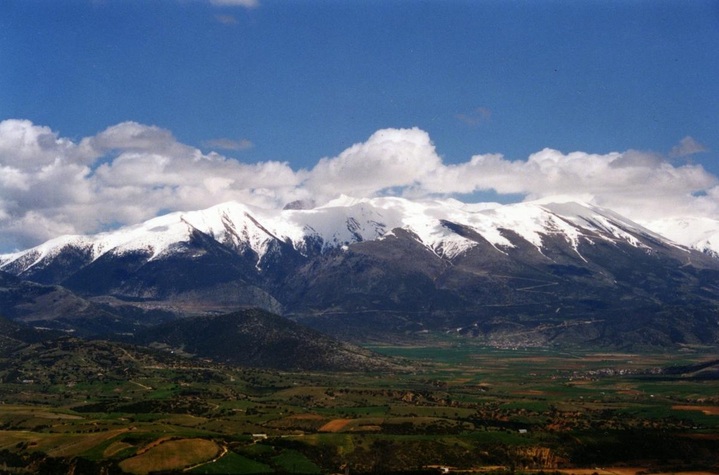 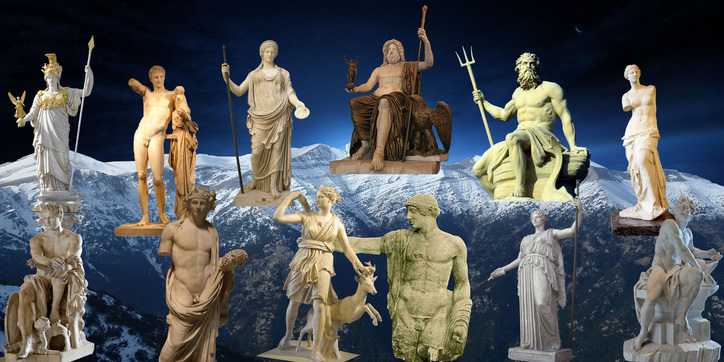 Mytikas, the throne of Zeus on the highest peak of Olympus. 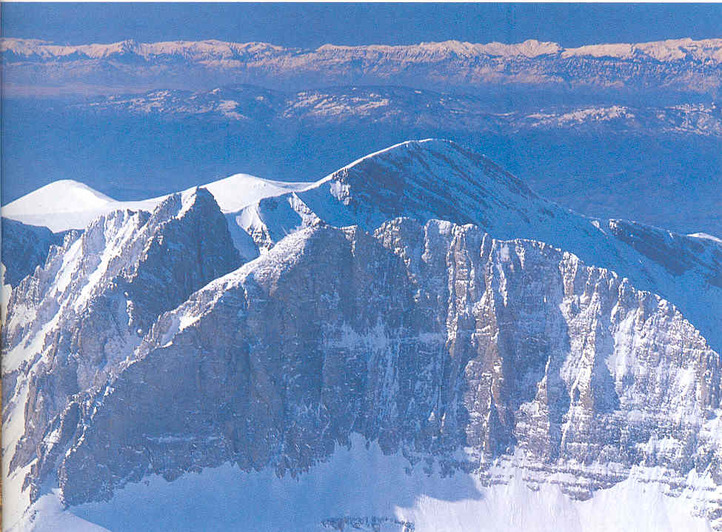 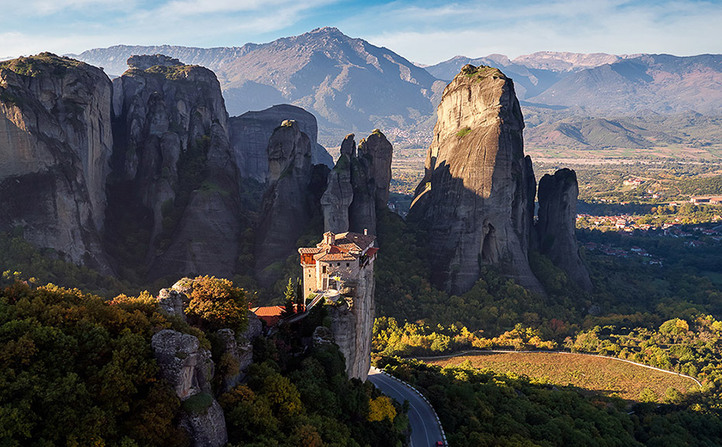 Dion, a ancient sacred city on the eastern slopes of Mount Olympus to worship the God Zeus. 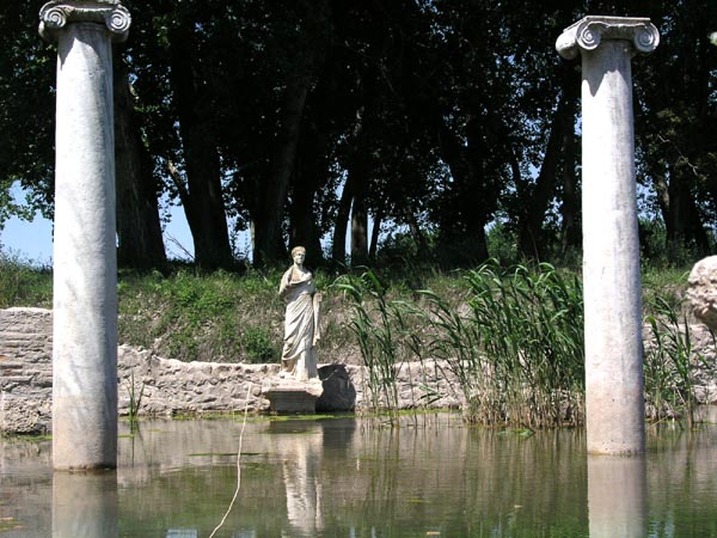 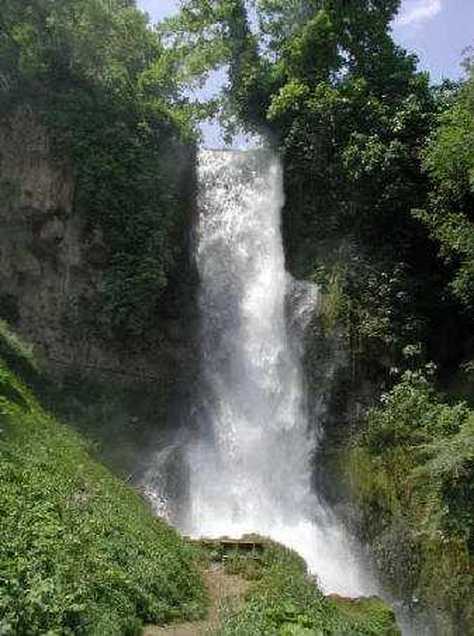 500 km of wonderful beaches on the two first fingers of Halkidiki peninsula, where many Salonicans and tourists spend their holidays. 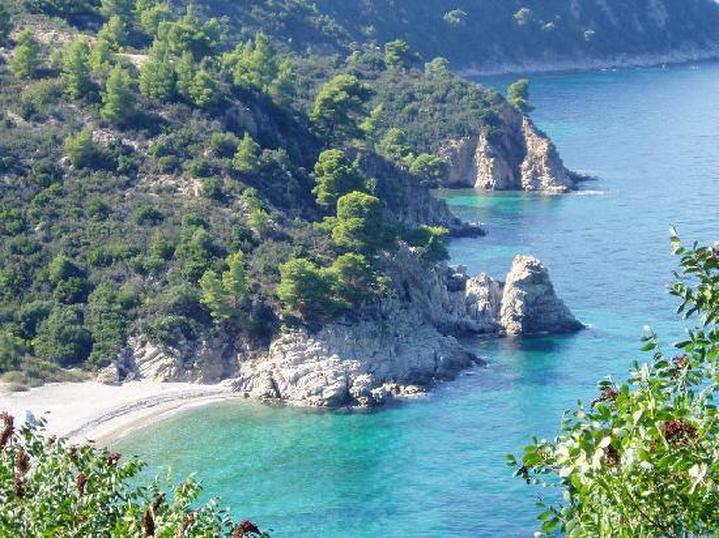 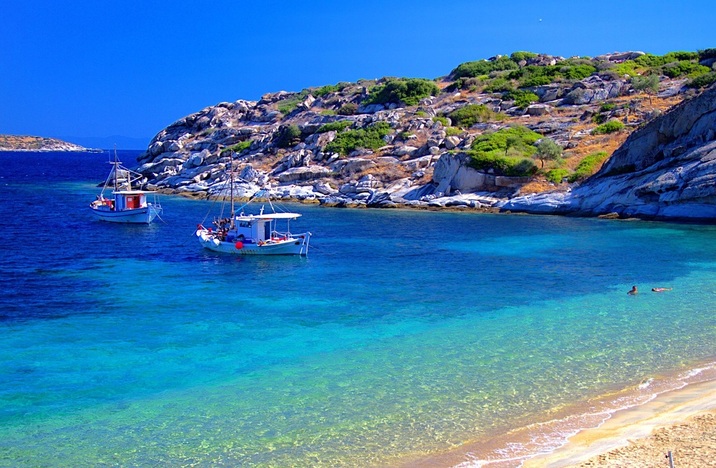 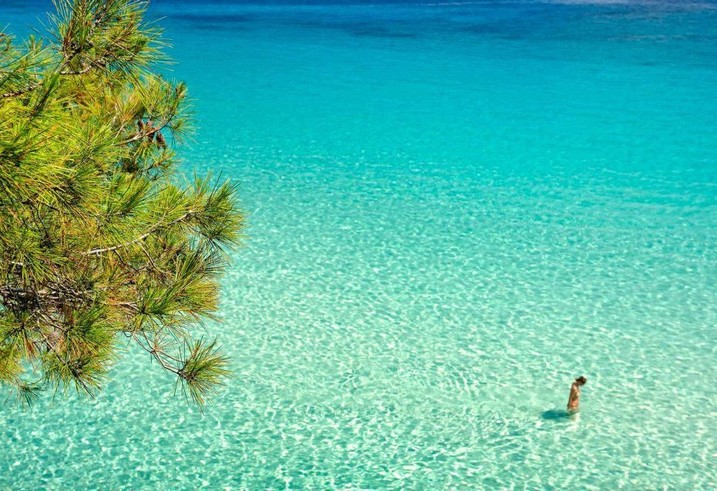 Mount Athos , the third finger of the Halkidiki peninsula is the monastic community. 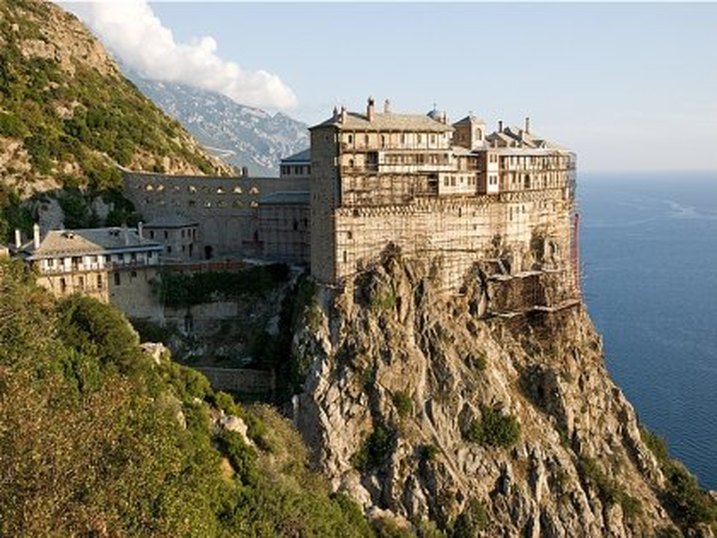 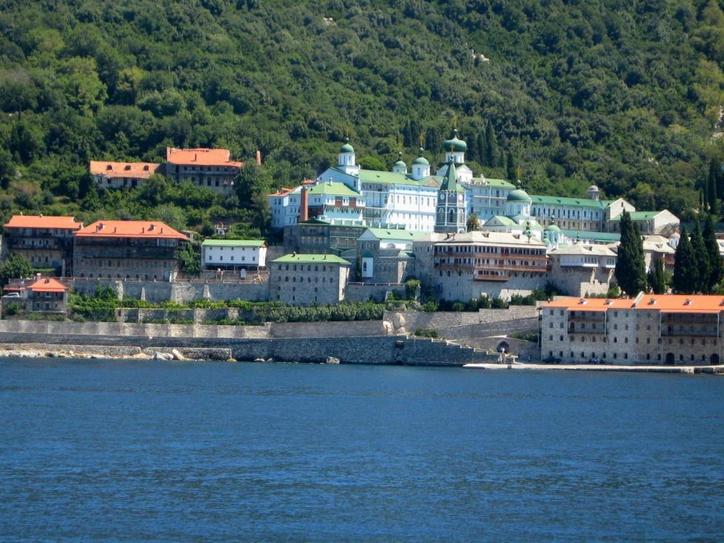