3rd  WORLD  CHOIR  FESTIVAL  ON  MUSICALS
13 - 14 of April 2013
A. During the 3rd World Choir Festival on Musicals "KORAIS" Choir celebrated its 20th anniversary.
For the celebration of its 20 year creative presence the Choir presented to the public of Thessaloniki, the popular Musical of the ABBA group "MAMMA MIA".
In the concert participated with great success , Chara Kefala, Vivi Pantedidou and Fausto Bossini, with orchestra. 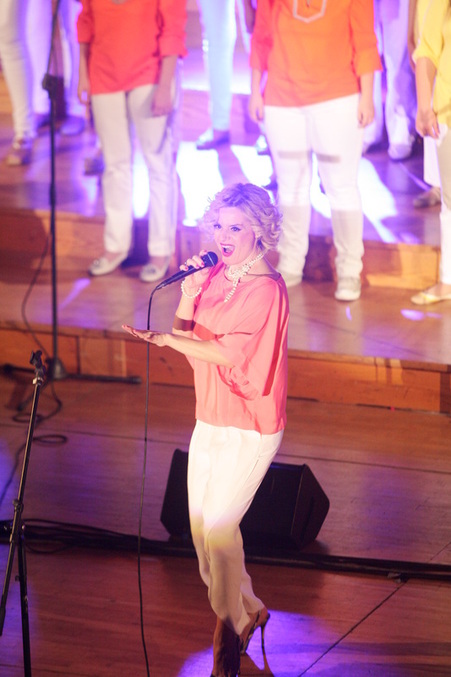 Chara Kefala
B. On Saturday the 13th of April 2013, the 3rd World Choir Festival on Musicals, honored the conductor of the orchestra and choir of DEI-DEDDIE Mr. Kostis Konstandaras for his extremely significant presence in music and the integrity of his character. 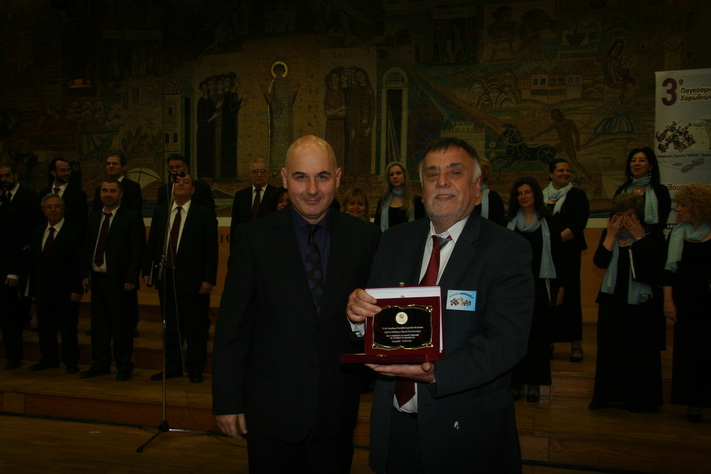 The director of the Choir DEI-DEDDIE Mr.Kostis Konstandaras and the President of the Organizing Committee of the Festival Stratos Tsichlas.